Review by: Nina A
Album assigned by: Alex Alex

Apart from tacky cover art, the 90s were also the decade of new age music made by weird Euro guys. But I like the smiling mermen and women on the cover here, they look far too happy and wholesome and really not sinister at all, and due to this I think they wouldn’t fit in well enough in some Sinbad or Odysseus tale, which is where you would expect your merfolk to show up.
Likewise, the oceanic journey in Oceanic is not very sinister at all – it’s a smooth sail from the triumphant send off of opening track “Bon Voyage” to closing track “Songs of the Seas”, which, if I have to be honest, sounds like the outro to a group meditation session in yoga class; prevented from reaching gorgeousness status only because electronica (especially in the 90s) tends to be so flat in sound. To Vangelis’s credit, however, every track on Oceanic is arranged well enough to not sound needlessly heavy, in fact to be even curiously comforting. Even the sweet little mermaids (or sirens as they are billed here) show up as soon as track two to murmur sweetly, and seemingly not with the intent to put you to sleep and bite off your head, but rather to rock your little ship on gently and lovingly on the pillow of their voices.
And here I want to apologise to Alex for putting off reviewing this masterful record for so long. I aspired to attempt to be as funny as he usually is in his reviews, but I realised a lot of water has to flow through (Bulgarian expression) and I have to have eaten a lot of bread (another Bulgarian expression), before I can even hope to bow at the feet of the master. Still, during that time I played Oceanic a lot, and I grew fond of every track on this musical oceanic sightseeing journey (for yoga class ®).

I have to start this review with a confession. I tried to crack this album for years and was never really able to get into it. I forever memorized Robert Wyatt’s Rock Bottom as an absolutely murky, depressing, tuneless and joyless experience, made even worse by some really pretentious atonal experimental instrumentation and very weird singing. God knows I had tried my best to appreciate this music – for instance, I read up on it, learned the background. You probably all know that story: former Soft Machine drummer Robert Wyatt fell from a third-floor window and was rendered paraplegic by the incident. When he almost gave up on life while staying in hospital, he decided to write and record this album. And I thought the album felt… exactly like something recorded by a man who just gave up on life. It felt hopeless to me. It literally was rock bottom. I could find no pleasure or aesthetic satisfaction found from listening to it. That was what I felt about this record some time ago.
But then I was assigned it in the reviewing game. That meant I had to listen to it again (oh God! no! fuck! not again! please!), but it also meant I could try and look at it from a different angle. Which I did. And maybe I could also try to re-evaluate this album and finally find good things in it. Which, can you believe it, I also did.
Rock Bottom is indeed a difficult listening experience but everything kind of comes together when you understand that murky, depressing and uneasy is exactly what this album is supposed to sound like. The title and the water-themed album sleeve are not coincidental either – the record does feel like drowning under water with next to no hope of coming to the surface. This IS an album about pain and suffering – and very genuine pain and suffering at that. But I also discovered one more thing when revisiting Rock Bottom: there IS hope amidst all this depressing stuff. And when you finally notice these glimpses (or even flashes) of hope, you also start noticing that this album does have place for some love poetry (some of the songs are dedicated to Wyatt’s wife), some cool jazzy sax solos, some legitimately great musicianship and even some humourous and silly moments (I have learnt to especially enjoy Ivor Cutler’s nonsensical poem recital with a funny exaggerated accent in Little Red Robin Hood Hit the Road)! At some point I simply understood that, even if still I don’t really enjoy this record that much, at least it’s nothing like anything else I have ever heard. It’s absolutely unique, and that probably is where its brilliance lies. As for the musical enjoyment part, well… I guess it is a matter of taste.
It is also highly possible that all music is purely a matter of taste and our appreciation of it depends on our background, current mood and other insubstantial factors. So try and listen to Rock Bottom. Maybe you’ll love it at once and it’ll become one of your favourite albums. Or maybe you’ll hate it at once, turn it off and forget about it forever. Or maybe you’ll just feel indifferent. But I still urge you to give this record a chance. It might take a lot of patience, but with some effort you can learn to at least respect this music, like I did. 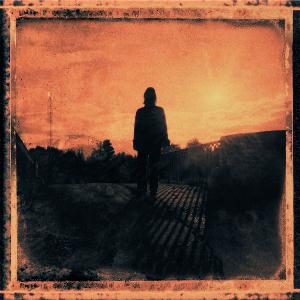 Steven Wilson has been behind many of the recent reissues of classic prog rock albums, and after listening to one his own albums, it’s easy to see why. This is a guy who is thoroughly familiar with the prog sound. Unfortunately, while that makes him suited to helming reissuing projects, it doesn’t help make albums like Grace for Drowning terribly exciting. The album faithfully reproduces elements of ITCOTCK-era King Crimson — the apocalyptic choirs, soothing mellotron, hysterical sax, etc. – and mixes them in with drum machines and some metal guitar heroics. The end product bears much of the form of a prog rock album, but in my opinion little of its spirit. I can’t put my finger on it, but the album comes off like the pet project of someone who is more of a producer than a songwriter, making all of the songs seem a bit perfunctory. Instead of being an independently vital and distinct work, Grace for Drowning ends up sounding like a generic calling card for Wilson’s skills as an excellent producer.
To be fair, I should probably give his other albums a shot before I write him off like this.

Hilariously Google Play gives you “I Remember Learning How to Drive” instead of “I Remember Learning How to Dive”!
Thus already robots can work as art counselors!
When I was learning how to drive it was BOOM! BOOM! FUCK! FUCK WHERE!!!??? FUCK YOU FUCK YOU FUCK YOU FUCK YOU STOP FUCKING STOP!!!
It was interesting, challenging and very personal unlike the diving routine. What’s to learn about diving: you stand HIGH you touch WATER with your FINGERS. They also brought harp. At this point artistic robots must interfere AND THEY DID!
GLORIOUSLY COMPUTERS HAVE CONQUERED THE WORLD!
One can learn how to dive still, surely. Yet, with the above correction diving and driving is the same thing, only happening in parallel on different driving lanes. Or maybe you see water there. The operations are losing their names, a ticket to your concert is your driving license and this is not a typing mistake but the vision of the universal passage to Hell.

This is a weird, weird album (or at least kinda weird-sounding–for a pop album, that is). I have never subjected myself to more than one listen, but here goes my thoughts anyway.
The band did certainly make their way to make this album sound interesting, different, or whatever it is–there’s an unconventional chord changes here and there, there’s a crazy sounding keyboard/synthesizers, and the singer guy sings in a rather unconventional way, adopting a slightly vaudevillian (?) attitude. The band also insert a hook for every now and then–they certainly know how to draw the listener’s attention. There’s an attempt to diversify their songs too–unfortunately, in the end the album still does nothing for me. For the starter, the album feels deadly long–even though it clocks at 48 minutes in 14 songs, it feels like it should have been shorter. Maybe that’s because the lack of fresh musical ideas. (At sixth songs or so, I feel enough already, even though I’m getting used to their sound). The lack of musical ideas also means that in the end you’ll have a hard time distinguishing the songs, although the first six songs are quite, uh, tolerable.
Of course, the impression might be improved on subsequent listens. 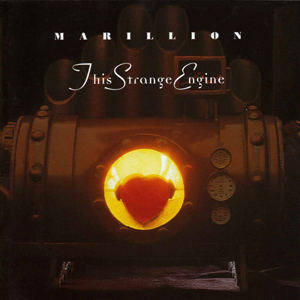 The man who gave birth to this album declared himself a Man of a Thousand Faces in the opening song, and I expected an adventure, varicolored and bizarre. However, the faces he presents here are all samely and somewhat Bon Jovi-ish. Pleasant but a tad pretentious lyrics-wise, the first song is more or less okay.
Then comes One Fine Day, a retro little thing about rain and hope, and I’m hoping for something to happen. Still, all I get is some preachy obscure message and melancholy music I try hard to enjoy, up until the second when the nice dramatic effect given by piano and strings is violently murdered by the olden guitar, and all hope goes to hell.
I’m waiting for something strange and fascinating, but as the lyrics say, “beginning to wonder if we’ll wait in vain”.
After One Fine Day, we have 80 Days, all of them equally fine. ‘Tis an uplifting song in which the singer is gently trying to get sexual consent from someone while riding in a car. There is certain harmony in it, since this song is perfect for car rides, plain and optimistic. In the middle, someone from the horn section gets loose for a few seconds, but an invisible hand silences them quickly.
After the car ride we spend almost eight minutes in a meditative state in Estonia, being cosmic and monotonous. The xylophone is giving it a mysterious touch, the lyrics carry the same obscure wisdom the author is so desperate to preach. “I wonder if my rope’s still hanging from the tree”, he wonders, and I feel eternal gloom grabbing me by the throat, attempting to drown me in string-ridden despair.
The jolly Bon Jovi vibes are back in An Accidental Man, the rope around my neck loosens, but my will to live and listen further is shaken. “It’s not that I’m complaining, It’s all the same to me”, sings the man, and I nod mournfully. It feels like being in a particularly claustrophobic Stephen King story – we’re still riding in that car, but the scenery doesn’t seem to change.
Preachy again, the song suddenly breaks out into something African in the line of The Lion King, which is nice and refreshing. Also, nice flute. The author declares repeatedly that he’s carrying a message of hope, and I still want to believe him – we have the last, thirty-minute long song ahead of us.
I regret to say that it fails me.
P.S: Phrases like “the womb of time” in poetry and lyrics must be punishable by death.