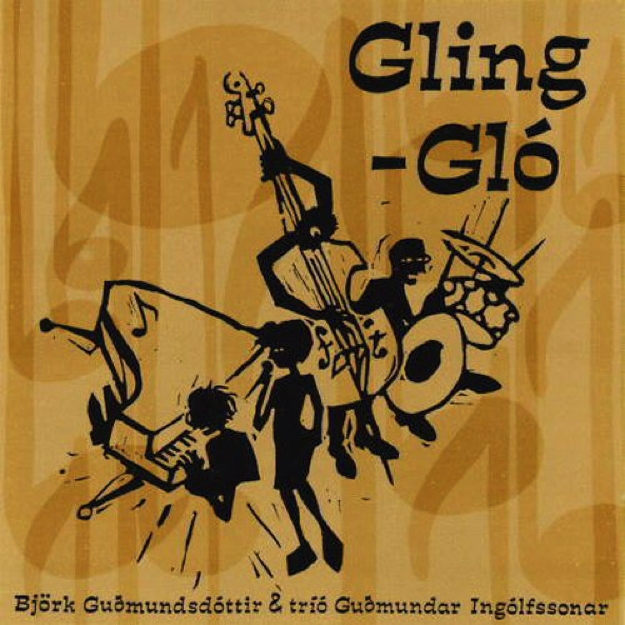 Ah, the 1990s! The decade that would bring our heroine worldwide fame and glory! But at the very beginning of this decade she was still just a young promising vocalist in a European alt rock band barely known outside Iceland.

At the end of my review of Here Today, Tomorrow Next Week I said that The Sugarcubes went on a hiatus after that album, and it looks like Björk saw it as a chance of trying something new, at the same time taking a rest from all the post-punky experimentalism she engaged in with her three previous bands. And Björk, as you’d imagine, isn’t someone to settle for just ONE new thing to try, so here’s a list of all the new stuff she tried during that hiatus:

This latter effort is also the one I am reviewing today, since it feels significant enough for Björk’s subsequent career. So, Björk joins a fairly successful Icelandic trio of pianist Guðmundur Ingólfsson, drummer Guðmundur Steingrímsson and bassist Þórður Högnason and they create this little almost-forgotten gem.

I will say outright that I have a really soft spot for this record: yes, it is a collection of pretty basic lounge jazz covers of some popular Icelandic and English-language standards instrumentally performed in a pretty generic way. But at the same time the record has two very obvious and pretty undeniable advantages:

The only thing I dislike about this record, apart from that generic playing, is that alongside great stuff like the aforementioned Kata Rokkar or Pabbi Minn or Litli tónlistarmaðurinn or Tondeleyo or Ruby Baby, there are also subpar songs which Björk still does well, but these songs provide her much less room to really shine, and hence they don’t feel as idiosyncratic. But on the whole this is one enjoyable record if you’re at all into vocal jazz, I promise you that.

Tune in next time, when we are going to follow Björk as she wraps up her band career before completely embarking on her solo musical journey.