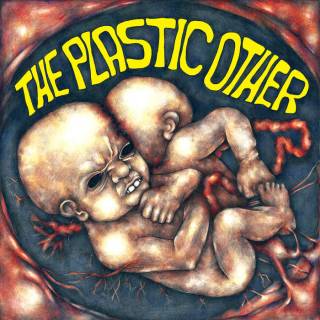 Joe Middleton-Welling is one of the greatest guys I know. Most of you will never have the pleasure of knowing him like I do, but to fill that huge gaping hole you can listen to one of his musical projects, in particular the one I’m reviewing. It’s a three song EP so you don’t have much to lose.

I’ve got to admit, sorry Joe, that in general the debt the band owes to The Fall is pretty obvious. But The Fall are a great band, and the album isn’t derivative, it’s just informed by that sound: catchy basslines, spastic drumming, mumbled English vocals, bizarre lyrics, a lo-fi vibe and a punkish yet artistic sensibility. The guitarist is called Alex Smith and he has a lot of fun, catchy guitar riffs and a pleasant jagged, ringing style. Joe shouts a lot and occasionally screams, and his voice has a kind of muffled quality, like it was recorded in a separate room from the band at a lower volume. Personally I enjoy this, I think it adds to the aesthetic and it kind of emphasises Joe, in the way a pond with a lone with a single drowned swan would emphasis the swan. And Joe is a lot of fun, so he deserves to be emphasised! It’s a very hooky EP as well, with a lot of energy. “Computers for Leisure”, in particular, would be suited for radio, if it wasn’t for the naughty words.

We’re not going to talk about that song yet, though. We’re going to do the EP in reverse! So the last song is a nine minute romp with the unforgettable name “German Sex Dungeon”. It’s a very fun, anarchic tune which definitely sounds like it was born out of a jam session. It starts off with hypnotic krautrock style guitar line and bass line, and Joe shouting the words “sweat” and later, “victory” repeatedly. The drumming goes from being more manic to subdued, like he started to fall asleep. It’s got more energy than one of those crappy energy drinks, kind of like a motorik beat but sublated to be really fucked up and fast, like if that steady German road it metaphorically symbolised had a fuckton of car crashes. There’s a cool, crunchy Boris-esque guitar line which gives the song an aggressive vibe. Lotta screaming! It slows down near the end and gets pretty menacing, almost black metally. Before that there’s “Your Favourite Things?” which is the least memorable song on the album, though I do enjoy the lyric “I’m always hungry for cock” a lot (Joe told me the lyrics are taken from some newspaper). The drum line that opens the song is pretty catchy, and the bass line has a demented circus vibe, with creepy echoing guitar reinforcing this. It’s a kind of shuffle revolving around these elements, with Joe angrily speaking over it. It’s definitely a fun song, it’s just surrounded by two better ones.

Speaking of better songs, “Computers for Leisure” is a fucking masterpiece! It’s the song where The Plastic Other fully transcend their Fall influence, sounding more like a mopey pop rock band informed by slowcore. It opens with an extremely catchy jangly guitar riff, topped off by a melancholic, nostalgic vibe. In general the song seems reminiscent of what I imagine it’s like in Industrial England; trying to get shagged and looking for meaning in a decaying late capitalist landscape. Joe vocally isn’t muffled at all, and he sounds a lot more like himself, he’s even louder than the band! The lyrics he speak-sings are fantastic, with lines like “sometimes i really wish i was miserable, at least then I would have something to complain about”, and “i mean, don’t you ever look out the window and think, i wish i was somewhere else”? He also does some ace cathartic screaming, like these nihilistic thoughts do give him pain. This intensity combined with the sad vibe of the song gives it such a depressing yet paradoxically sweet vibe. There’s more jagged post-punkish guitar playing which is catchy as fuck, but the ringing undistorted guitar line that goes throughout the song is what makes it.

So hopefully I’ve managed to convey what a great song “Computers for Leisure” is and, y’know, the other two are fun as well. Check it out for great post-punkish music that isn’t derivative shite like Bloc Party! 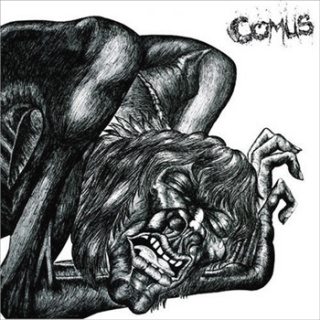 My dumb brother’s standard complaint about folk music is that its boring, but for me this marvellous album by Comus proves otherwise. It hasn’t been called “satanic goat music” for nothing after all. Simply put, this album features some really well-played, mysterious guitar playing and haunting, eerie vocals. But it also has an unhinged, freakish quality which stops it from sounding like Led Zeppelin’s folk shit or something. There’s something delightfully individual about this album, its sprawling and occult, and feels genuine in a way that Led Zeppelin don’t. I can’t imagine the people who made this being quite normal.

The album starts off just fucking amazingly with “Diana”. What a great way to introduce Comus! It’s bizarre and freakish to the point of almost being comical, like some weird circus song. The bass is loud and goofy, the guitar playing sounds like a whimsical sitar, there’s a chugging violin (or similar instrument) and Roger Wootton sings in a ridiculous but endearing falsetto. It’s like if The Residents played folk music, almost. The song does have moments of tenderness though, there’s some pretty female vocals and the violin playing during the chorus is beautiful. The violin rules on this song actually, it gets a very dramatic solo halfway through. So yes, this is a short, catchy opener which surrealistically shows off the albums charms. The album gets into its more mysterious side with the second song, a twelve minute creeper called “The Herald”. The guitar playing on it sounds like it could be played by the melancholic ghost of a young man who killed himself, and the female vocals his mourning lover. The accompanying woodwind works fantastically as well, even if it does sound a bit like a theremin. The chorus is actually really catchy and gorgeous though, with the rising vocals during it suggesting hope and reconciliation, somewhat reminding me of Wind in the Willows. Outside of that though the song conjures the vibe off a misty forest surrounded by mountains and abandoned villages. At twelve minutes the song shows why the album has the prog tag, but to be honest its more krautrocky, just in terms of the hypnotic quality. The mesmerising guitar playing and hypnotic vibe help the song to maintain its stamina, like a naked female runner.
“Drip Drip” is the second epic, but it comes in at slightly shorter, clocking at eleven minutes rather than twelve. Thanks for the breather, guys. “Drip Drip” has a much more Indian vibe than “The Herald”, with the acoustic guitars once again sounding like sitars. The guitars are different as well on this one, being more riffy and chord based than the spiderlike picked ones on “The Herald”. With Roger taking the vocals again this is a much more menacing song, the violin sounding like it thinks it could do better than the score for Psycho. The chorus of the song is really bewitching though, with Roger’s falsetto sounding more angelic than creepy and the violin like an angel who suddenly deemed the works of Hitchcock base and immoral. The freakish, playful sound helps to give the song a manic intensity, along with the urgent “la la la la” female vocals. Now that I think about it, the song could totally be converted to a Rolling Stonesesque hard rocker, thats how driving it is! Or at least one of Gabriel era Genesis’ rockier numbers. If “The Herald” is the abandoned village, “Drip Drop” is wonderer’s finding the village and celebrating with a pagan dance, yet not managing to keep their nerve when they consider the creepy, dead atmosphere of the village. Less abstractly, around the six minute mark the tune kicks in with a great, funky, ominous bassline. Hows that for diversity!?
I don’t want this review to be too long so I’m just going to crudely lump the last four songs together in this paragraph, and describe them in more brevity than the last two. “Song for Comus” is a melodic, groovy number with some piercing woodwind, agitated acoustic riffing (it sounds like he’s just playing two notes together over and over again) and passionate vocals. The song soon builds up in passion, like when you’re microwaving popcorn and you can tell its almost done because of how rapid the popping becomes. “The Bite” has some electric guitar playing! The acoustic guitar riff and flute in this song is manic as fuck, it sounds like an escaped mental patient running as fast as they can from the asylum that housed them, and with the same amount of joy! The violin playing suggests a whole level of drama, as do the piercing female vocals during the chorus, jaunty but anxious flute, chugging violin and stern tone of Roger. “Bitten” is an eerier song, it has scraping violin like the playing on King Crimson’s song “Providence”, a chunky, menacing bassline and eerie, ghost story guitar playing. And that’s it! Cool spooky instrumental. Lonely, melancholic guitar playing opens “The Prisoner”, and more pseudo-theremin. After this a more gentle guitar line starts, along with an almost Nick Drakeish lead one. Roger delivers a touching, subtle vocal performance, accompanied by Bobbie’s sweet female vocals. The song has a really warm vibe to it, with the violin playing sounding like it could accompany a film about some ambitious go-getter. “And they gave me shock treatment!” is a super catchy singalong part of the song, leading on to more dramatic male-female dialogue. “The Prisoner” has a lot of energy and momentum to it. Something I forgot to mention earlier but will now is that the album at times has an almost gypsy like vibe, which is prominent during the end of “The Prisoner”, which is a frenzied dance with screamed gibberish vocals!
So, to conclude, this is a very special, unique album, with a collection of truly epic guitar work, violin playing, woodwind and other assorted instruments, with two unique vocalists to top it all off. Please listen to it as soon as possible! So you too can experience the pleasure of seeing satanic goats without having to take acid or watch a cheesy eighties horror film.