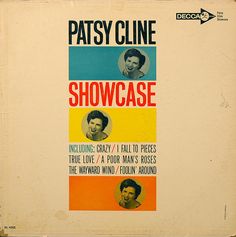 Paintings of an America composed mostly of light, purity, and emotional pain.

Man, I’m still kind of amazed that this music was once as popular as it was. I had no idea the American public once had such a fondness for atmospheric minimalism! “Crazy” is still a bar karaoke classic in the South (and possibly elsewhere too – I can only speak from my experiences) to this day, and that usually stops making sense to me the moment I leave the establishment. It’s a heartbroken ballad, sure, but it seems like kind of a weird one by my modern standards. The instrumentation is more concerned with creating an atmosphere than conveying a specific emotion, as if it’s trying to construct the sort of environment in which a loving connection could, conceivably, be found and then lost rather than actively trying to evoke the way it feels. But what’s most fascinating about the song – and, indeed, the album as a whole – is that this atmosphere is conjured mostly by suggestion, with sparse, barely-there instruments sketching faint outlines of an emotional universe that you are encouraged to fill with your own experiences. I, personally, think the faint pianos and barely-audible rhythm guitar scratches of “Crazy” evoke the lovely emptiness of the American South on a not-unpleasantly warm summer’s night, but that’s almost certainly just my personal biases leaking onto the canvas. The architecture is here for you to provide your own setting for Patsy’s plaintive wailing, and that’s true of much of the album.

It’s evident right away, with “I Fall To Pieces”. Like the rest of the album, it’s mostly very sparse – just a bassline and vocals, really – but it sounds like far more is hiding in the distance, occasionally making suggestions of itself visible for a second or two at a time. Par example: there’s a little three-note guitar refrain that pops up repeatedly in the verses, laden with softly chiming echo effects and matched by a quiet male backing choir, casting a dim and momentary glow over the fields from the heavens before folding back into the vast, velvet darkness that blankets all things, smothering the world in tranquility and peace. Shortly thereafter, we reach “The Wayward Wind”, which sounds as if it has entirely disconnected itself from human foibles and flaws and exists in some ephemeral dreamworld, floating atop tremulous string arrangements and egoless guitar. The flawless beauty of these environments does not, of course, do much to ease poor Patsy’s soul – still she wails out her heart about missed moments, lost love and the miseries of life without companionship, immersed in the ceaseless beauty of this American dreamscape and yet lacking a soul to share it with.

“I Love You So Much It Hurts” is the other song that immediately jumps out at me as a big highlight. It’s barely two minutes, but the world itself seems to slow to a crawl as you listen, with a glacial mist of low organs, near-imperceptible guitar chimes and soft backing vocals coating the world in a ghostly, angelic haze that shields one from the passage of time. It’s easy to get lost in this world, at least until the dancier, more energetic “Seven Lonely Days” jolts you out of the dream-haze and into a more physical, motive world with fewer distractions from poor Patsy’s endless heartbreak. If it seems like a weaker song in comparison, then that’s only fair – it’s a great song, but how can it compare to the rich tapestry that preceded it?

If there’s a flaw with this album, it’s that it’s a little frontloaded. “Crazy” is the last real highlight, save perhaps for a rerecording of “Walkin’ After Midnight” which is just a teensy bit more polished and, alas, less devastating than the original. The other songs on the post-“Crazy” second half are all beautiful, but they contribute to the overriding atmosphere of the album more than they set themselves apart as individual pieces. Great for laying back and bathing in, but if I were to analyse them I’d pretty much just be repeating myself, so I won’t bother. Of the couple of songs on the first half that I’ve not covered, “Foolin’ Round” is very intriguing in that it is nearly impossible to identify any of the individual instruments played on it save for the bass, so successfully do they meld into one unit. “South of the Border (Down Mexico Way)”, meanwhile, isn’t quite on the level of brilliance of its immediately surrounding brethren but nonetheless feels like it exists in a far less corporeal world than our own, evoking mystical concepts and distant lands only vaguely corresponding to the places we know as Mexico or suchlike.

Pop music, eh? Amazing what the public is capable of appreciating so long as it comes packaged with relatable lyrics. This is as painterly and atmospheric as any ambient music, and it doesn’t sacrifice an ounce of emotional impact for it. Certainly worth your time as much as any Oren Ambarchi record. Now, how long shall I make my dedicated three-or-so readers wait until my next review? I’m thinking maybe five hundred years…