Review by: Nina A
Album assigned by: Jaime Vargas Sánchez 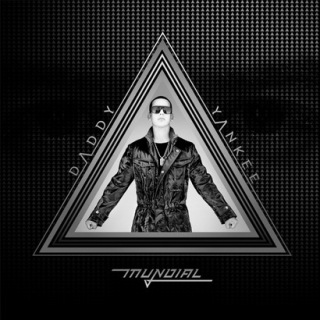 I keep trying to get Spotify to play this record but all I hear is the playlist to which Fanta runs its brand promotion tied to the world cup series on a beach party. See, this reggaeton thing was for some reason as hugely popular as europop (another genre that revolves hugely around aggressively beating you over the head with simplistic repetitive beats and annoying vocal hooks for the duration of the song) but really the only context I see for a music like that nowadays is to mindlessly blast it through the speakers of the bungee jumping machine at the beach under the hot summer sun. It is not even fit to be the background music they play between the X-factor auditions! Like who listens to this stuff? How did it end up in the charts? Can anyone even relate emotionally to this? I know I stopped paying attention after the first track because this repetitive plateau of high after high after high all at the same volume and intensity, it cannot captivate your attention, let alone move your soul. Furthermore, you have read, I presume, how songwriting committees have evaluated that radio-friendly songs nowadays have to hit a new high every 6 seconds in order to keep the attention of the ever station-switching listener in his car. Yeah, but how can you top high after high after high, if you never relax the tension? Tension and relaxation until an eventual resolution, that’s the secret to a great many awesome songs in the pop canon!!
No, that was actually my first listen impression and it is totally not fair to the record. In fact, even on my first listen I noticed the attitude in the opening track “El Mejor De Todos Los Tiempos” and recognised its relative uniqueness in the bailando & vuvuzela context, and after a second listen I can confirm that the first two tracks here are actually legitimately cool. Most of the following tracks on the record are also not without their merits — even occasionally triggering my nostalgia for the times most simple that have long since passed (even if this record did actually come out as late as 2010) and making me admire the Spanish language and the Latin beats that really have their own logic and effect on the body and mind. That said, there are still some tracks (“La Despedida” to quote one) that can only fall under the generic bailando noise category. There is even the obligatory FIFA song (“Grito Mundial”, not eventually used for the 2010 World Cup series for reasons explained properly in Wikipedia) – I mean, the album is called Mundial… But after a thorough and dedicated listen I end up wondering if Daddy Yankee isn’t kinda my daddy now because this record certainly has a lot to recommend it… yeah…