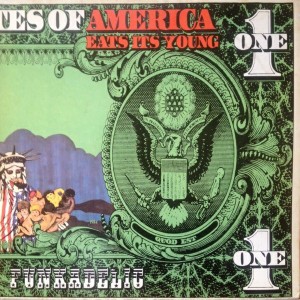 Funkadelic is a pretty good band. Unfortunately, this album sounds a bit too monotonous for me to want to listen to it every day. Maybe it’ll click with me someday, but for now, I’ll stick with Maggot Brain and One Nation Under A Groove. 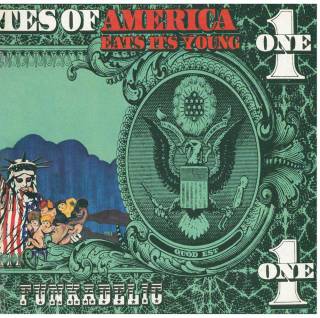 This is an incredibly sensual record; a relentless, throbbing density of sound that targets the heart, the gut and the genitals – most of all though it targets your arse and makes it very difficult to keep yourself planted on it – an album that steams along, powered by insistent Hammond organ riffs, heavy wah-wah guitar porn groves and euphoric brass; at times it flows thick and hot like chocolate lava, at others it seduces with honeyed vocals over gorgeous weepy strings and pensive piano lines. Funk, soul, rock and gospel come together in one almighty cross-genre sonic gangbang. And it’s a testament to the brilliance of the musicianship, and the arrangement that no matter how much there is going on at any one time, soundwise, the album manages to retains a suppleness and elasticity throughout – that all those different layers of sound never come anywhere close to weighing the album down.
But don’t let the voluptuousness and the full on physicality of the music mislead you. No these grooves, licentious as they seem at first listen, are also meant to convey a serious message: a message which, as the lyrics, the album title and the artwork testify, is in large part political. But can you really sing about politics and discourse about standing up to the man with a massive great grin on your on your face and grooving and shaking your ass if there was no tomorrow – without making everything into a hectic, self righteous diatribe? The answer seems to be a yes, although perhaps not a resounding one. You see when you get right down to it ‘America..’, for all its slogans and attempts at raising political consciousness, is at its most convincing as a celebration of (and instigation to) hedonism and the pleasures of the flesh. Leave this record playing in a room full of people and it’s highly unlikely that it’s going to lead to any profound socio-economic discussions about racial inequality or class warfare once it’s over (if the mood is right then you might just end up with an orgy on your hands, instead of a riot). Rage there is, but unlike with say Sly Stone that rage just isn’t focused or concentrated enough to have any real potency: instead you feel this insistent tug and enticement back to the realm of the senses and the drive for bodily gratification. That’s not to denigrate ‘America..’ as a superficial or mindless party record – no it’s far too far too thoughtful for that – but there is a certain incongruity there nonetheless.
All in all though ‘America Eats its Young’ is a real mother of an album and gets an enthusiastic thumbs up from me (and I’m not quite sure how I managed to get through 35 years of life without having ever heard Loose Booty before). And if it doesn’t quite have the intergalactic intensity and single minded focus of the best Parliament/Funkadelic stuff, then it’s still well worth a spin, if only to demonstrate the comparative mediocrity and timidity of the vast majority of what passes for rock and roll.
8.5/10