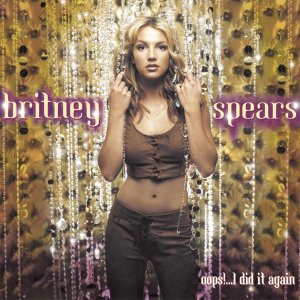 Britney is the reversed Mowgli – raised by the future wolves she descends into the throne room of the present to declare law and order. Where Mowgli was of one blood with the mogwais she’s not that innocent, though. In its essence, however, the fairy tale is the same. Indeed, my Communist parents were always telling me New York is the jungle.

Children need Mowgli to model their behavior after – provided they are free to cry, run, jump, swim, climb trees and hunt for whatever treasures are hidden there in the old fashioned arbors of “et cetera”. Once you are bound by the chains of Capitalism to your gaming device you can only demand your joystick not be taken away from you – the Mowgli has already migrated into your TV but it’s not yet your turn.

A game must be realistic and if myriads of kawaii Lolitas will flock upon you from the crack in the skies made by the reversal of the time-arrow that would mean some bug – a human-centipede or the like. Instead, when all the trees have been cut off in the Mowgli Amazon forest, they hire teenagers from the Platonic Third World – to act in horror movies and music videos of the “past”. As much Platonic as it’s Third though – for there are endless demands on the reality from the actors and not much else.

It’s indeed a tragedy if someone not that innocent can not get satisfaction and as Britney is calling the service center to complain about that we realize it’s the same phone number as was dialed in Pink Floyd’s “The Wall”, the difference being the call is now answered.

Does anybody here remember Britney Spears?

The only way of remembering is still through the body, not the mind. As my body grows what it remembers are the things that are constant and have always been so. They stay the same – they are just out of reach now. It’s not that they don’t exist anymore it’s me who does not exist anymore in the places they still remain in. I say “this was the music of my childhood” as if I’m still that innocent.