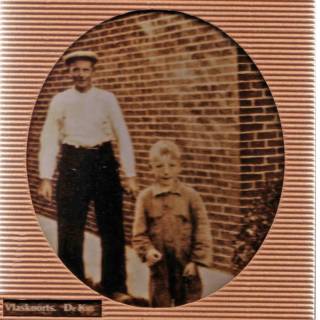 De Kift is a band that plays a modern reconstruction of early 19th century cabaret music. All of these tunes seemed born from working class music halls during the turn of the 20th century, and then given a slight discordant modern touch with the odd arrangement or spoken word bit. It’s not too discordant to off shoot the old fashioned songs, but it’s enough to know that the musicians probably own a few Einsturzende Neubauten records. The question though is it any good? And that’s where we have a problem.
I came to this record with multiple prejudices and inadequacies that hinder my enjoyment. One, It has taken me lots of repeated listenings to jazz, soul, and reggae records to not hate brass instruments. I come from America and the tradition of big brass bands playing in our sports is an endemic anachronism, and I find those old war marches a combination of quaint and shrill. Cabaret brass comes from a similar heritage and despite a bit of a jazz influence on this record, it still has that frumpy uptight feel.
Two, I really hate accordions. I don’t know why exactly i’m turned off by them. Where i’m from, the accordion is super popular with Mexican Americans and Mexican immigrants, and perhaps some hidden racism or classism is afoot. It’s the main instrument in tejano music which is a combination of Mexican folk and German polka music. I’ve always loathed it, as well as polka music. Something about the rhythms just seem so sexless, and uptight. And polka is a hop skip and a jump from cabaret, or is literally a subgenre of it. I really don’t know much about European folk brass dance music. In my mind, Europe’s best musical invention was combining synthesizers and disco rhythms, and well, this is a long way from Giorgio Moroder.
And last, I’m American. I speak one language. It’s ridiculous and limiting, I know, so the parts where spoken word poetry is happening, I tune out. It’s not melodic and I don’t understand what’s being spoken. I have hunch it’s political in some regard but i don’t know. The cleverness or beauty of the poetry is completely absent in my loathsome ignorance.
So I did not like this album, but I feel i have no real way to adequately critique it due to my prejudices. I will say that they didn’t go far enough beyond cabaret cliches to make me question my prejudices. I have heard some gypsy punk and dark cabaret groups that make me second guess my hatred of old European dance music. This just made me want to delete it from hard drive as soon as possible.