Skip to content
Review by: Nina A
Album assigned by: Graham Warnken 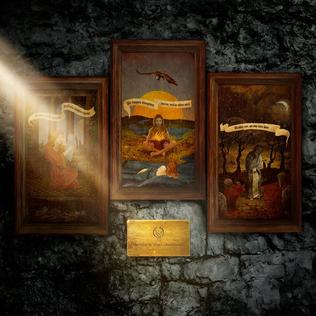 The appeal of metal music to the wide audience (all of its many subgenres seem to have a sizable enough fanbase) I have always found has to do a lot more with the psychology of the fans than the merits of the actual music. Not that I mean to say all metal music is bad because it is metal music. Nope, I actually mean to say that all metal music is not that special… because it is metal music. See, for some unspoken reason, metal music has to abide by the various metal music clichés and tropes, and that I find, is the thing that severely limits it and also cripples it somewhat. I was going to go on with more thoughts on the metal-loving community and their chosen genre of adoration but I feel that you folks will stop taking me seriously if I say “metal” one more time. So the reason I am bringing this up is because Pale Communion here (really, could you have picked a cheesier title) is a textbook example of my main problem with the genre: it’s just trying too hard. To be badass and important, I imagine.
Any review of this album will probably go on about propulsive drumming, anthemic electric guitars, dynamic textural passages or I don’t know about its prog goodness or Middle Eastern whatever melodies but the truth is that none of this matters because ultimately the whole exercise is kinda soulless. They probably talk about friendship, betrayal, doom, hell, treason, hate, wisdom and other stuff from the high fantasy handbook of epic but it all just comes across as items off a checklist. A checklist I feel I’ve seen so many times already even if I’ve listened to like 20 metal albums in my life. Even worse, the sound of it all, for all its intellectual approach and expertise and delving into different genres and influences also ends up being this processed generic slick metal sound. And this is even more so what makes it mind numbingly boring. What’s up, metalheads of the world? Will you be considered less metal if you stopped sounding like pseudo-angsty metronomes?
Now don’t get me wrong, Pale Communion (oh, how about Brooding Aubergine or something) makes for some excellent background music, especially the more fusionish track “Goblin”, and I dig how they channeled Purple on the opener “Eternal Rains Will Come”. “River”, which I suppose is meant to be the more intimate offering in this album, also flows pretty nicely and showcases some amazing taste in arrangements and the skill of the bandmates. Truthfully, I’d probably find enough nice things to say about each of the tracks here, and I suppose it is for this reason that people feel good about praising such records very highly. Fair enough. Just don’t pretend this stuff is supposed to resonate with you emotionally or blow your mind artistically because in the end it all boils down to the formulaic metal checklist.
PS: There is a harmonic minor tune towards the end of “Voice of Treason” that is almost verbatim out of a trashy 90s Bulgarian pop song, which is a fun coincidence.
PS2: I can’t believe this came out as recently as 2014.
PS3: At least the cover art is somewhat imaginative.